WDC believes that whales and dolphins are both sentient and sapient individuals, and so deserve to have rights recognised and welfare protected.

‘Whales and dolphins are ancient and wonderful sapient and sentient beings. How would we be judged by our great, great grandchildren and all unborn generations if, knowing what we do, we do not fight to prevent their extinction? The whales and dolphins need and deserve our help – now, before it is too late.’
Jane Goodall (2011) in Whales and Dolphins: cognition, culture, conservation and human perceptions.

But what is a sentient being?

Animal welfare advocates argue that sentient animals should not be subjected to unnecessary suffering. But what is ‘unnecessary’?

The European Union recognises, through a legally-binding protocol annexed to the Treaty of Amsterdam that animals are ‘sentient beings’. This means the EU Member States should ‘pay full regard to the welfare requirements of animals’. 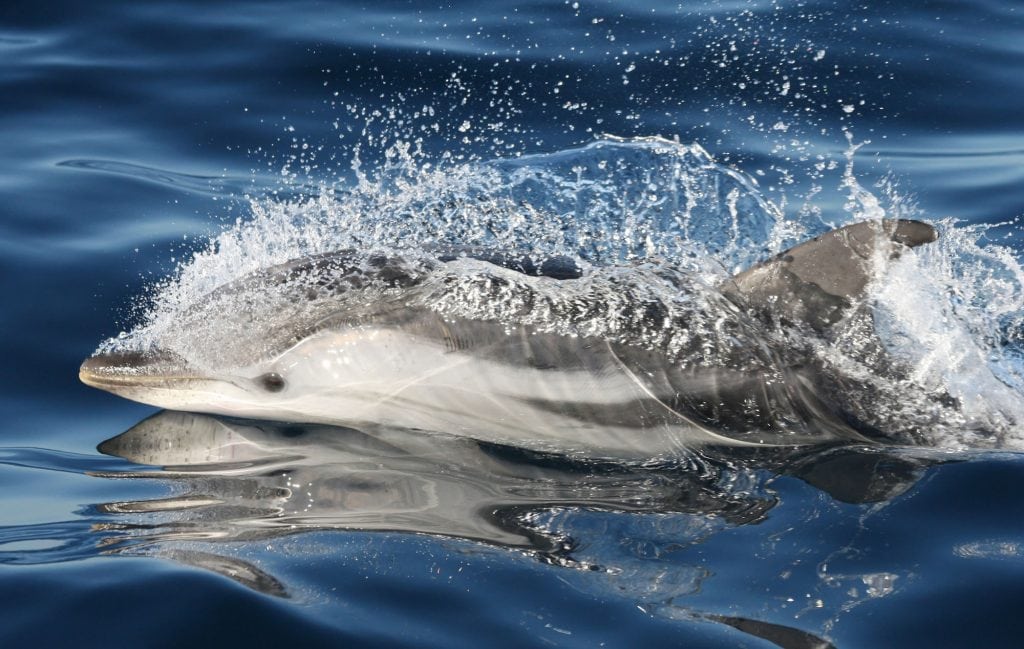 Why does sentience matter?

Scientific evidence now shows that the lives of many species are far more complex than we previously believed (for more scientific evidence on the complex cognitive and cultural lives of whales and dolphins see the following book and search the WDC blog using the tag ‘scientific evidence’). The ability for individuals to suffer is now reflected in the legislation protecting animal welfare in many countries. This is intended to protect individual animals on the basis that these individuals can experience suffering from a range of causes and that this suffering can be experienced as pain, discomfort, fear, anxiety, stress, frustration or hunger.

One step further along the continuum from sentience is the concept of sapience. Sapience refers to specific attributes of intelligence, such as the ability to ‘act with appropriate judgement’.

WDC argues that whales and dolphins are sentient AND sapient individuals. Many of these species live in complex social groups, exhibiting complex behaviours such as cooperation, tool use and some whales and dolphins clearly even have their own cultures.

Why does sapience matter?

If the recognition of sentience in other species results in the moral imperative to ensure that we protect their welfare by avoiding activities which inflict either physical or psychological suffering; recognising sapience in some of these species must be the clarion call for us to go further (see Jane Goodall's forward to Whales and Dolphins: Cognition, Culture, Conservation and Human Perceptions - Brakes & Simmonds 2011).

WDC believes that as sentient and sapient individuals, whales and dolphins deserve to have their homes, families and cultures protected as well as being protected as individuals. We argue that their intelligence and understanding of the world around them is such that protecting their physical and basic psychological wellbeing is insufficient and that beyond a basic ‘right to life, liberty and wellbeing’, they also have the right to freedom of movement and residence within their natural environment; the protection of their natural environment; and not to be subjected to the disruption of their cultures. These are some of the principles enshrined in the Declaration of Rights for Cetaceans: Whales and Dolphins.

Science now demonstrates that whales and dolphins are sapient individuals, that at least some are capable of experiencing complex emotions such as grief and empathy, and that some live in complex, cultural societies. This knowledge requires us to do more than simply protect the conservation status of species or populations or protect individual welfare. It is the revelation of sapience in our aquatic cousins, brought about through scientific research, that requires us to recognise their rights.

Declaration of Rights for Cetaceans: Whales and Dolphins

To help us achieve our aim, WDC played a key role in developing a ‘declaration’, which you can sign to show your support.

Find out more about whale and dolphin rights

Whale and dolphin culture
Scientific evidence
Personhood
Sentience and Sapience
0
We use essential cookies for the functioning of this website. If you "Accept All cookies" you agree to the additional storage of cookies used for ads personalisation, helping with our fundraising efforts and analysis of website usage.
Manage options Manage services Manage vendors Read more about these purposes
View preferences
{title} {title} {title}