It has long been believed that one of the primary divisions between humans and the rest of life on Earth is culture. But now scientists are discovering that the distinction is not quite as clear as we once thought.

It has long been believed that one of the primary divisions between humans and the rest of life on Earth is culture. We do what we do because of the culture we learned at our mother’s knee, in the classroom, or, in the case of some of our less savoury traits, what we picked up in the school playground. But other animals on the planet do what they do because of the genes they inherited from their parents - or so the theory went.

Probably the best known example of culture in whales and dolphins is the song of humpback whales, a discovery that changes how we view this subject. Their songs are used for communicating, and change over time much like our own pop music culture.

Some bottlenose dolphins that use sponges to forage around on the seabed for food without hurting themselves are taught how to do this by older members of the pod – mother passing down this wisdom to her young.

Orcas that chare the same stretch of ocean but eat different prey, almost always stick to that prey because they learn what to eat in from the others in their own group and stick to that diet for life.

Bottlenose dolphins in Brazil have learnt to co-operate with fisherman, herding fish towards the nets and picking off those fish that escape – a good example of human culture merging with the culture of whales and dolphins. 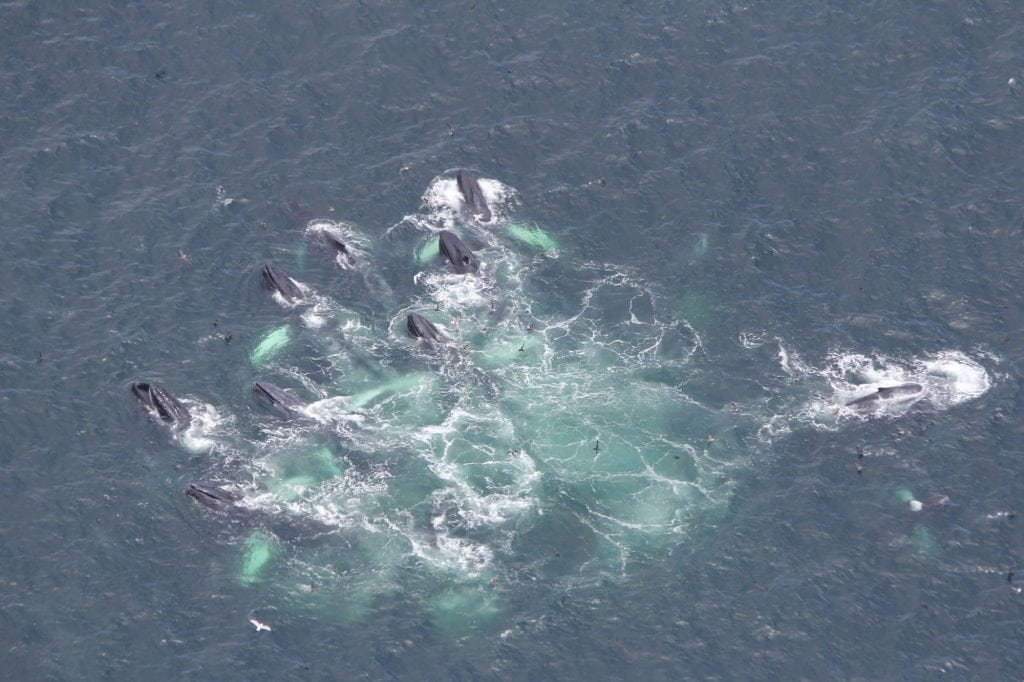 Culture in whales and dolphins

Evidence of culture has been discovered by scientists in several species of whales and dolphins so far.

Probably the best known example of culture in whales and dolphins is the song of humpback whales.  The discovery that a species other than humans or birds have a form of communication that we could recognise as a musical song took the world by storm. A vinyl record release in 1970 entitled ‘Songs of the Humpback Whales’ became a (human) pop-culture icon. This new discovery was hailed as a sign that intelligence lurked in the oceans, amid species that in pervious centuries has been likened to fish. The recordings of humpback whale song were carried aboard both the Voyager spacecraft launched in 1977 in the hope that this might be deciphered at some point in the future by extra-terrestrial intelligence in a distant corner of our galaxy.

Since then we have learnt a great deal more about humpback whales song. We can now study how humpback whale song develops and changes over time and even moves between distinct social groups and humpback populations – like pop-songs in our own cultures.

One of the most exciting examples of culture in whales and dolphins is found among some bottlenose dolphins in Shark Bay, Western Australia. These dolphins have been studied for several decades and research revealed that they use a number of complex foraging techniques, including collecting sponges from the seabed and putting them on their lower jaw to enable them to catch prey in tight spaces (the sponges protect their skin). This behaviour seems mostly to be passed down from mothers to their offspring, within a certain sub-set of the wider population. Another reason why this particular example of culture is so exciting is because it is also an example of tool use within this species.

From a biological perspective, one of the most intriguing questions about cultural traits is why they evolve. In other words, what advantage may adopting certain socially transmitted behaviours provide and how might this increase the chances of an individual’s genes going forward into subsequent generations. To examine this, one study explored the relationship between reproductive successes and sponging in female bottlenose dolphins in Shark Bay. The discovery was fascinating. It appears that, despite these females having to spend more time foraging and less time socializing, they were more successful in raising calves than those females who did not ‘sponge’.

Orcas have an extraordinary range of cultural behaviours when it comes to foraging for food. Orca are found in many ocean areas. Within these different habitats they have learnt to catch a wide variety of prey, from sting rays, squid, octopus, fish, sharks, sea otters, sea lions, to other whales and dolphins. To a certain extent, much like other species, what they feed on may be dictated by what is available to them in their local environment. However, in some circumstances, culture may come in to play in very important ways.

Living off the north-west coast of North America are two culturally distinct groups of orcas, known as the fish-eating ‘resident’ orcas  and the mammal-eating ‘transient’ orcas. The two cultural units of whales use the same waters, but forage for entirely different prey. Most interesting is the fact that unlike the humpback whale song that changes over time, the tradition of being either a fish eating orca, or a mammal eating orca is something that the juveniles in these two groups learn and then stick to rigidly during their lifetimes. An account of two mammal eating killer whales, captured and taken into captivity, refusing to eat the dead fish provided as food, until one of the whales died of starvation, is an indication of just how steadfast killer whales can be when it comes to sticking to their traditions.

Humans also have diverse and complex foraging strategies. Sometimes these strategies can link directly with social learning and also with unique cultures within whale and dolphin populations. One of the best examples of this is found in bottlenose dolphins in Brazil who have learnt to co-operate with fisherman. The dolphins heard fish towards the shore, to the waiting fishermen, who wade out with their nets to catch the fish that the dolphins have corralled. The dolphins benefit as they are able to forage on the fish that escape the nets. There are around 200 local fishermen who have engaged in this practice with the dolphins. This is a remarkable example of cooperation between species.

Such interaction though may result in what has been termed anthro-dependence. In other words there is a risk that the dolphins become dependent on the fishermen in order to be able to forage. Nevertheless, a study of bottlenose dolphins in Moreton Bay on the east coast of Australia indicated that while some dolphins appeared to become dependent on discards from trawling vessels in the bay, these same dolphins who had partitioned into a separate social group, soon re-joined the main social group when a trawler ban came into effect. This demonstrates a degree of resilience in this species, in terms of being able to switch between foraging strategies, also reflected in the flexibility of their social groups.

If you want to learn more about whale and dolphin culture and what this means for their conservation read the scientific report from a 2014 workshop jointly hosted by WDC and the Scientific Council of the Convention on Migratory Species.

Find out more about whale and dolphin rights

Whale and dolphin culture
Scientific evidence
Personhood
Sentience and Sapience
0
We use essential cookies for the functioning of this website. If you "Accept All cookies" you agree to the additional storage of cookies used for ads personalisation, helping with our fundraising efforts and analysis of website usage.
Manage options Manage services Manage vendors Read more about these purposes
View preferences
{title} {title} {title}