There are many different types of dolphin, but the most well-known are the common bottlenose dolphins.  These dolphins are extremely inquisitive and playful, highly intelligent and sociable and highly surface active. They can often be seen doing amazing acrobatics, such as lobtailing, breaching, spyhopping and bowriding on ships and large whales, and playing with fish, seaweed or marine debris.

They can often be found in small groups associating with other species of dolphins, whales, and even sharks and sea turtles. They are known to co-operate with local fishermen, driving fish towards shore into nets.

Unfortunately, bottlenose dolphins still die through accidental capture in fishing nets, and face other terrible threats like drive hunting in Japan and other countries, pollution, and habitat degradation. In some countries they are still captured live and sold into captivity for public display.

You can adopt Kesslet, Moonlight, Sundance, Mischief, Rainbow and Spirit. These six inquisitive bottlenose dolphins live around the coastline of the Moray Firth, Scotland. 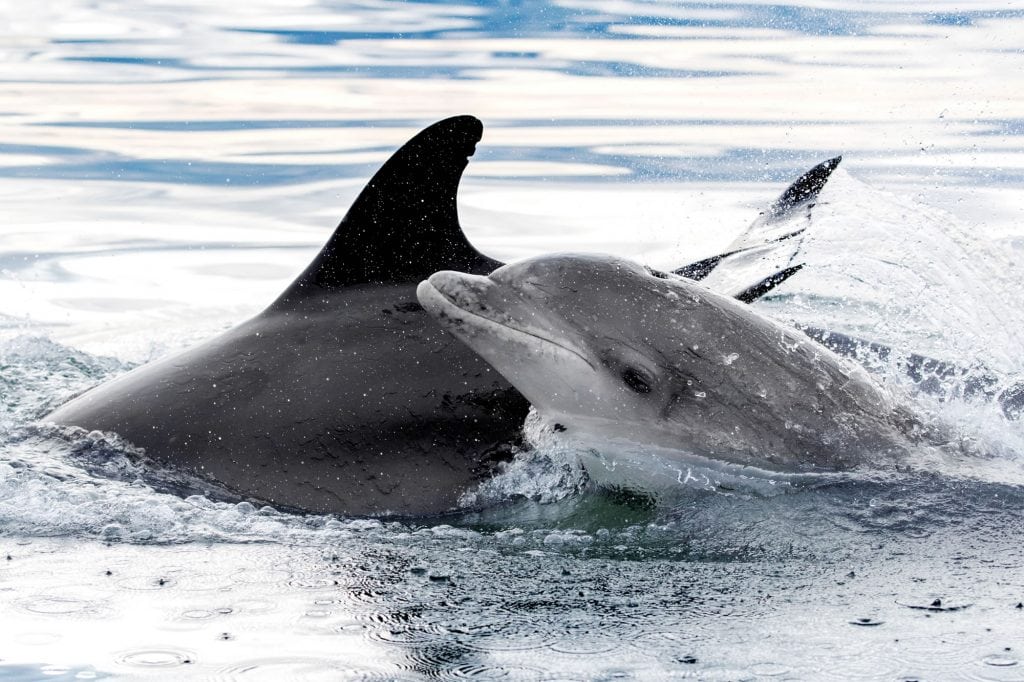 Your pack will include: