Dolphins can live for a very long time and females tend to live longer than males. Female bottlenose dolphins have been known to live for more than 60 years and dolphins up to 48 years old have given birth.

The oldest known dolphin is a bottlenose dolphin named Nicklo by researchers studying dolphins in Sarasota Bay in Florida. Nicklo was photographed in 2016 when she was 66 years old – the research team has known known her since she was born. The second oldest was a female called Blacktip Doubledip who was last seen in 2016 when she was 62 years old. Male bottlenoses can live into their 40s. A male named Jimmy Durante was 50 years old when he was last seen in 2009, and another was 51 years old when observed in 2014.

Orcas live the longest of all dolphins; females may live for more than 90 years. The world's oldest known orca is affectionately known as ‘Granny’, she was an important matriarch of the endangered southern resident orca community living in north-eastern US coastal waters. Granny was first photo-identified as an adult in the early 1970s; she has been photographed thousands of times since and became one of the most recognised orcas in the world. Granny was estimated to be over 105 years old when she went missing and presumed dead during 2016.

How can we find out the age of a dolphin?

Sometimes dolphin researchers know how old a dolphin is because they have observed him or her since they were a teeny-weeny newborn baby and watched them grow up.  For example, WDC Adopt a Dolphin Field Officer, Charlie Philips knows that ‘Charlie’ the bottlenose dolphin living in the Moray Firth, Scotland is 11 years old, his mum, Kesslet, gave birth to him in 2007. He also knows that a bottlenose dolphin named Splash gave birth to her son, Sundance, in the Moray Firth in 1990 which means that Sundance is now 28 years old.

The age of a dolphin can also be estimated by looking closely at a cross-section of a tooth. Dolphins only have one set of teeth and their teeth continue to grow a little bit each year. Like the growth rings in trees, dolphin teeth have annual layers that can be counted to estimate the dolphin’s age.

Bottlenose dolphins can live for a very long time in the wild. Females tend to live longer than males, known individuals have lived to over 60 years old. 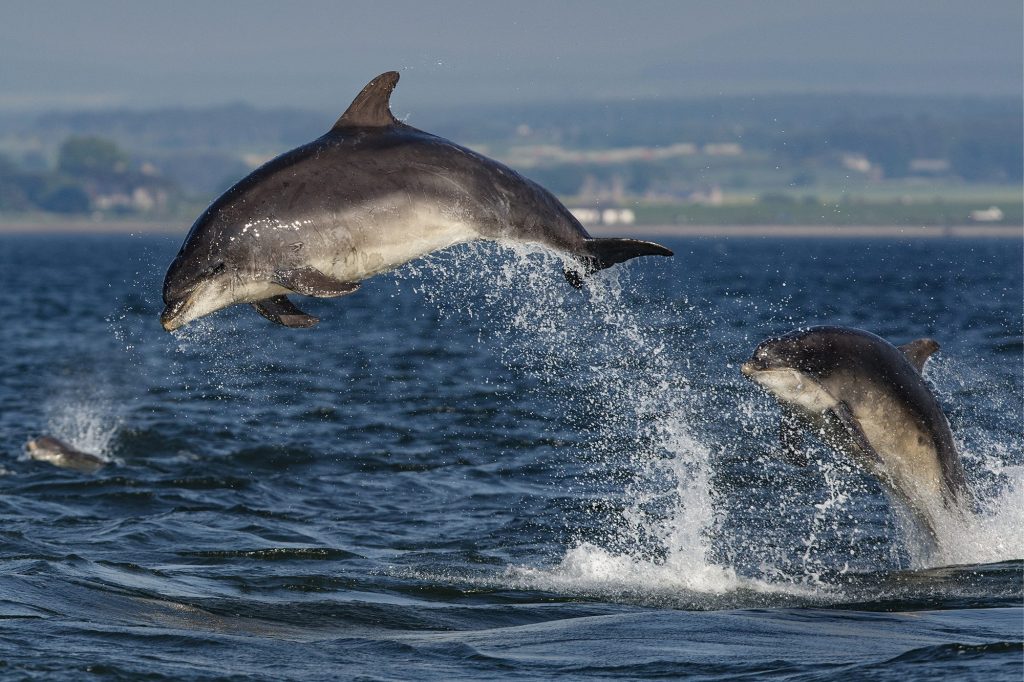