Despite only being recognised as distinct in 2014, the species is already classified as ‘Vulnerable.’

This is a very a worrying indicator of the level of threat facing them.

Unlike other ‘humpback’ dolphins (Atlantic, Indian Ocean and Indo-Pacific), and contrary to their name, the Australian humpback dolphin doesn’t have a distinct hump at all. They are slate-grey in colour and relatively slender, with a long cylindrical beak.

Pretty independent. Although larger groups have been seen, Australian humpback dolphins tend to prefer to hang out with just one or two others at a time. As with some other species of dolphin, they are known to have a fission-fusion society, meaning they have intense yet short bursts of socialising with particular individuals before moving on to hang out with others.  Obviously this is not the case for mother and calf pairs who are known to stick together for up to four years.

What do Australian humpback dolphins eat?

Australian humpback dolphins are opportunistic un-fussy feeders who will happily munch on a variety of fish. Some individuals have been seen chasing prey in shallow waters and others have even been seen to engage in ‘strand-feeding’ – where they chase prey out of the water and onto mud-flats, deliberately stranding themselves in the process. A risky but rewarding strategy.

Where do Australian humpback dolphins live?

The clue is in their name. As both their common and Latin names suggest they live in coastal and estuarine waters around the northern coast of Australia, and are also found further north to the southern waters of the island of New Guinea, or more correctly, along the Sahul shelf. Although some individuals have been seen in deeper waters, Australian humpback dolphins usually prefer to stay within a range of about 20km off shore.

At risk in their home waters

Given their preference for nearshore waters, Australian humpback dolphins are at increased risk of the effects of habitat degradation and poor water quality. They are also exposed to pollution, which is amplified up the food chain, and may make them more susceptible to disease.

If you would like to supply us with images of Australian humpback dolphins for our species guide please contact us. 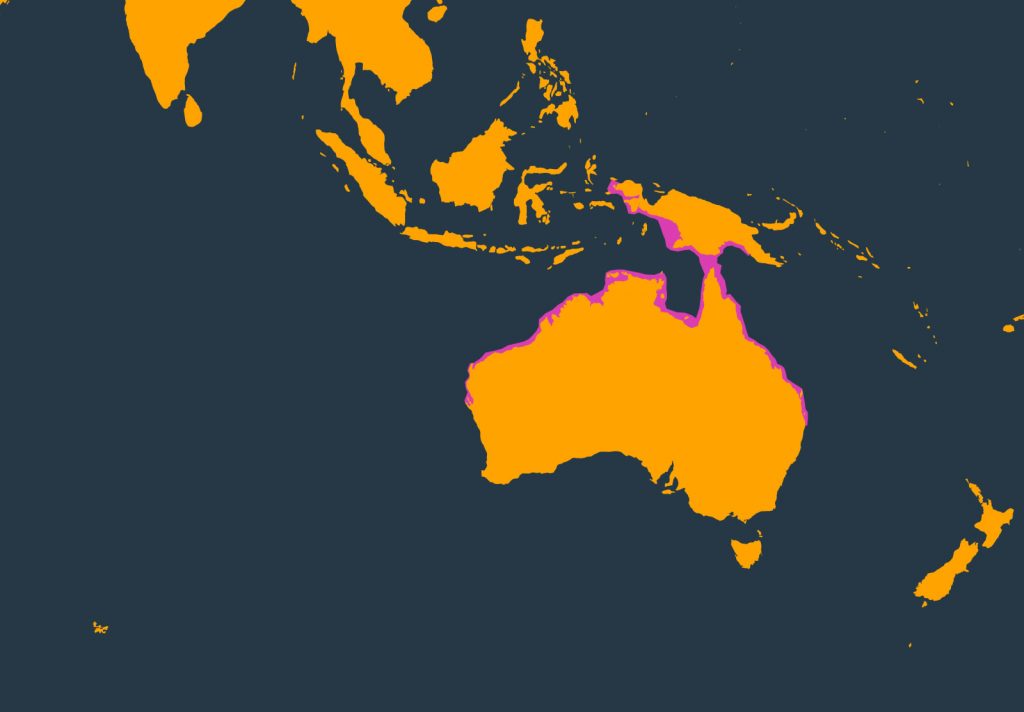 You can help save Australian humpback dolphins...

By supporting WDC, you can help Australian humpback dolphins to live safe and free. Together, we can:

Your gifts help us take action for orcas.