Almost cartoon-like in appearance, it’s impossible to resist a smile when you see the beautiful Australian snubfin dolphin.

Up until 2005, Australian snub fin dolphins were believed to be an isolated population of the equally  charming Irrawaddy dolphins. Now we know that they are in fact their own separate species and researchers are working hard to learn more about their lives.

Looking remarkably like their close relatives, the Irrawaddy dolphin, Australian snubfin dolphins have softly rounded heads. A bit melon-shaped, their heads have almost no beak and are sometimes etched with little creases behind their necks. Even though calves are born quite dark, their colourings become lighter as they mature and end up either a lovely slate or bluey-grey colour on top with a paler belly below. This colouring is married with darker hues on their sides.

Despite their large, rounded flippers, Australian snubfin dolphins have petite, triangular dorsal fins that sit quite far back on their bodies – earning them their name, “snubfin”.

As well as their little dorsal fins, these dolphins also have fairy small flukes. These can be used to help identify individuals and are best seen when the dolphins are about to dive and stick their tales up in the air, out of the water.

Although many species of dolphins are known for their showmanship and bow-riding skills, Australian snubfin dolphins are a bit less extroverted when it comes to humans. Confident amongst themselves, they have been seen spyhopping, lobtailing, rolling sideways with flippers akimbo, leaping and splashing. But this doesn’t last for long in human company and, if startled, they can dive for long periods of time.

What do Australian snubfin dolphins eat?

Given their propensity for shallow, coastal waters, snubfin dolphins can feast on a variety of smaller fish species, cephalopods and shrimp.

Where do Australian snubfin dolphins live?

Found along the north and eastern coasts of Australia and up to the coast of Papua New Guinea, Australian snubfin dolphins tend to congregate in shallow waters of 10 metres deep or less. Choosing coastal waters and brackish estuaries, they are vulnerable to human activity.

Coming up against major threats in the form of both swimming and fishing nets, and habitat modification and coastal development, they, like many species, suffer from human negligence. Fortunately, the creation of several marine parks in northern Australia is an encouraging step forward and will hopefully create a small safe-haven for these vulnerable dolphins, currently estimated to exist in their thousands yet sadly, still declining in numbers. 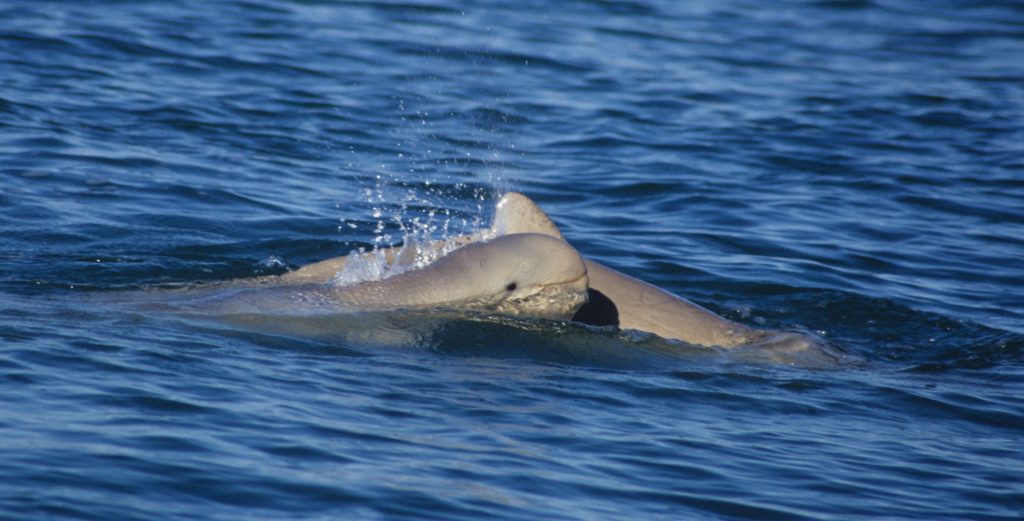 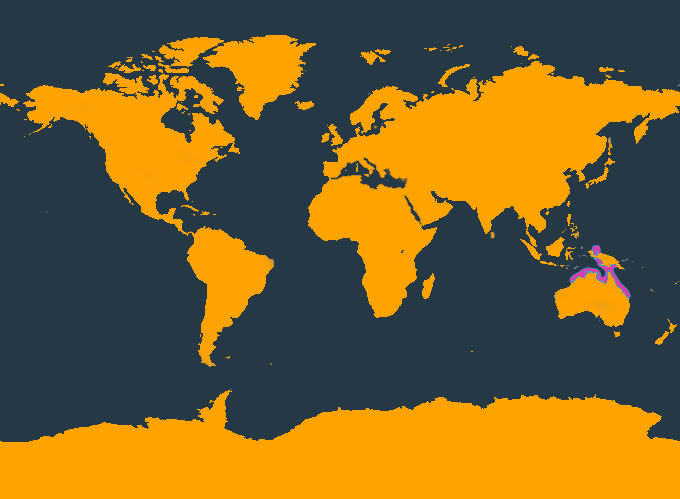 You can help save Australian snubfin dolphins...

By supporting WDC, you can help Australian snubfin dolphins to live safe and free. Together, we can: