Cuvier’s beaked whales are the champion divers amongst whales – they hold the record for the deepest and longest dive for any mammal.

Cuvier’s have flipper pockets, a special adaption for diving which allows them to tuck their flippers in and make their bodies super-streamlined.

Cuvier’s beaked whales are amazing, but like so many species, they are vulnerable to human activities. They are especially vulnerable to intense noise created by military sonar. They suffer decompression sickness, or ‘the bends’, if they are frightened or panicked by man-made noise and surface too quickly.  Tragically, mass strandings of Cuvier’s beaked whales, some of whom were still alive, have occurred in places  around the world following naval sonar exercises.

The Mediterranean subpopulation is listed as Vulnerable.

The Cuvier’s beaked whale is one of the larger members of the beaked whale family. The body is torpedo-shaped and robust; the back and sides are dark grey and the belly and head are much lighter. In older males the head and much of the back is white. In some locations, their bodies appear brownish because they are covered in algae. They have panda-like dark rings around each eye.

They also have ‘scars’ from their rather active lifestyle. They have white circular scars all over their bodies; bites from cookie-cutter sharks!. Males also have lots of scars made by the teeth of other males during fights.

Cuvier’s have a cone-shaped head, with a stubby beak and two throat grooves. The short mouth-line curves upwards and looks like a smile. They have a small dorsal fin positioned two-thirds of the way back on the body. The flippers are relatively small and the tail flukes are large. Males have only two teeth at the tip of the lower jaw and they often protrude like small tusks in older males. Females don’t have any visible teeth.

Cuvier’s beaked whales are seen in groups of two to seven individuals and often alone. Although their groups tend to be small like all toothed whales they are very social. Cuvier’s live far out to sea where they make long, dive deep dives searching for squid during both day and night. Since they don’t have teeth to grip their prey, Cuvier’s use a suction method to feed; they slurp and suck squid into their mouths!

Cuvier’s are hard to find because they live in deep water and spend only short periods at the surface to breathe. They do breach occasionally in some parts of the world such as Hawaii, but often they rest motionless near the surface and their small blows are not easy to spot. Cuvier’s sometimes raise their tail flukes above the water which helps them dive steeply down.

Males fight over females; they use their teeth as weapons and they have numerous tooth-rake scrapes and scars on their head and back to prove it.

They love squid and eat at least 47 different species. They also occasionally eat fish and crustaceans.

Cuvier’s beaked whales are the most widespread beaked whale. They live in deep offshore waters in all oceans of the world except for the Arctic and high latitudes of the Antarctic.

How to identify a Cuvier's beaked whale?

Individual Cuvier’s beaked whales can be identified by scar patterns as they remain visible for 20 years or more. An adult female has been identified off the island of Hawaii in eight different years. 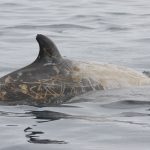 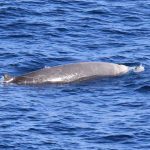 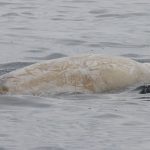 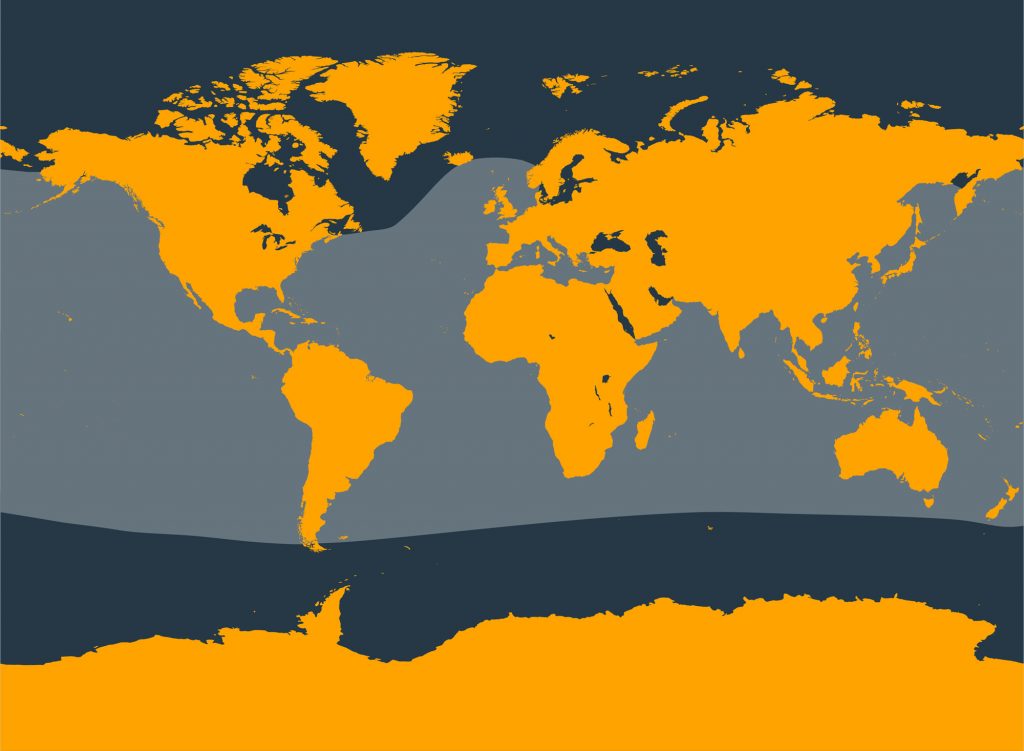 Cuvier’s are one of the best-known beaked whales as they live throughout the world and have been the focus of whale research efforts in areas where deep waters are found close to shore such as Hawaii, the Canary Islands, the Mediterranean and the Bahamas.

However, little is known about the life history of Cuvier’s beaked whales. Their maximum lifespan is not known as Cuvier’s that have died from natural causes haven’t been found.  The oldest stranded individuals that have been aged have been in their thirties and forties, but it is likely that Cuvier’s can live much longer to around 60 years.

The age when Cuvier’s reach sexual maturity is about 11 years old. And although details of the reproduction of Cuvier's beaked whales are unknown, they are thought to reproduce at a low rate and females only have a baby every few years.

Cuvier’s beaked whales tend to avoid ships and large vessels, reacting when they are still large distances away. However, there are cases of Cuvier’s appearing curious around small boats that are motionless in the water.

Cuvier’s beaked whales are the deep diving champions of the ocean. The record-breaking longest and deepest dive recorded is for a Cuvier’s beaked whale that held his or her breath for a phenomenal 137.5 minutes (2 hours and 17.5 minutes) and reached a depth of 2,992m (just under 3km or 2 miles) below the surface of the ocean in southern California. Dives between 1000m and 2000m deep and lasting over an hour are not unusual for Cuvier’s.

Ocean noise is a big threat to these deep diving specialists.  Cuvier’s beaked whales are particularly susceptible to the threat of navy sonar noise.  Following naval exercises, they  have stranded in large numbers in the Canary Islands and off the Bahamas in the North Atlantic, as well as the Mediterranean. Post mortems have shown that Cuvier’s suffer injuries associated with decompression sickness or ‘the bends’ such as ear and hearing damage. These are caused by surfacing too swiftly, perhaps in response to being frightened and panicked by acute noise.

In May 1996, in the waters off Greece, 12 Cuvier’s beaked whales stranded alive and dead along the coast.  At least four of the whales were found to be bleeding from the eyes. These strandings occurred right after NATO exercises involving the use of loud mid-frequency sonar.  In March 2000, in the Bahamas, several US Navy Warships were using loud sonar which caused 14 beaked whales including nine Cuvier’s beaked whales to strand along the shoreline, most of them still alive.  In 2004, in the Canary Islands, another NATO exercise coincided with a mass stranding of Cuvier’s beaked whales. A voluntary 50 nautical mile (92.6 km) exclusion zone has now been created around the Canary Islands for naval exercises and no further strandings have occurred in this area.

You can help save Cuvier's beaked whales...

By supporting WDC, you can help Cuvier's beaked whales to live safe and free. Together, we can: