Dall’s porpoise is the largest of all porpoises. They are very active and incredibly fast - reaching swimming speeds of 34 miles per hour (54 km/h). In fact, they look like a black and white blur as they shoot past.

The typical splash they create when swimming at high speeds is unique to them; it’s a fan-shaped splash famously known as a ‘rooster tail’.

The Dall's porpoise is the biggest of all porpoises. Their stocky, robust bodies are distinctively marked with a black and white colour pattern. Most of the body is black with a large white patch on the belly and both sides. The head is small with little or no beak. The dorsal fin leans forward and has a distinctive pale white or grey patch at the tip which looks a bit like 'frosting'. Their flippers are small and positioned close to the head, the tail is also small and sometimes has a white trailing edge. The body thickens close to the tail.

There are two subspecies of Dall’s porpoise; the Truei's type which is only found in the western sector of the species range, and the Dalli's type which is much more widespread. Although they are both black and white, the main white patch is bigger in the Truei’s Dall’s porpoise type and extends forward level with the flippers; in the Dall’s type the white patch ends about half way along the porpoises’ body.

The estimated age for sexual maturity in Dall’s porpoises is between 4 and 7 years. Pregnancy lasts about 10 to 12 months.  Babies stay with their mothers for up to a year.

Hybrids between Dall's porpoises and harbour porpoises are fairly common in the northeast Pacific and can also occur elsewhere.

What do Dall's porpoises eat?

Dall’s porpoises are not fussy eaters; they are opportunistic hunters and eat a wide range of fish, squid, octopus and occasionally crabs and shrimps living near the surface and mid-water. They eat lots of small schooling fish such as anchovies, herring, and hake. They are partial to soft-bodied prey such as lanternfish and squids.

Dall’s are thought to be deep divers and capable of feeding in deep water, but this has not yet been recorded.

Where do Dall's porpoises live?

Dall’s porpoises live in the North Pacific Ocean and adjacent seas from southern California and southern Japan up to the central Bering Sea in Alaska in the North. They are oceanic, cold water porpoises and prefer deep coastal and offshore water habitats. 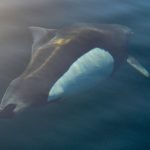 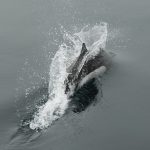 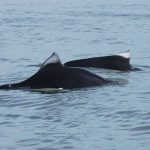 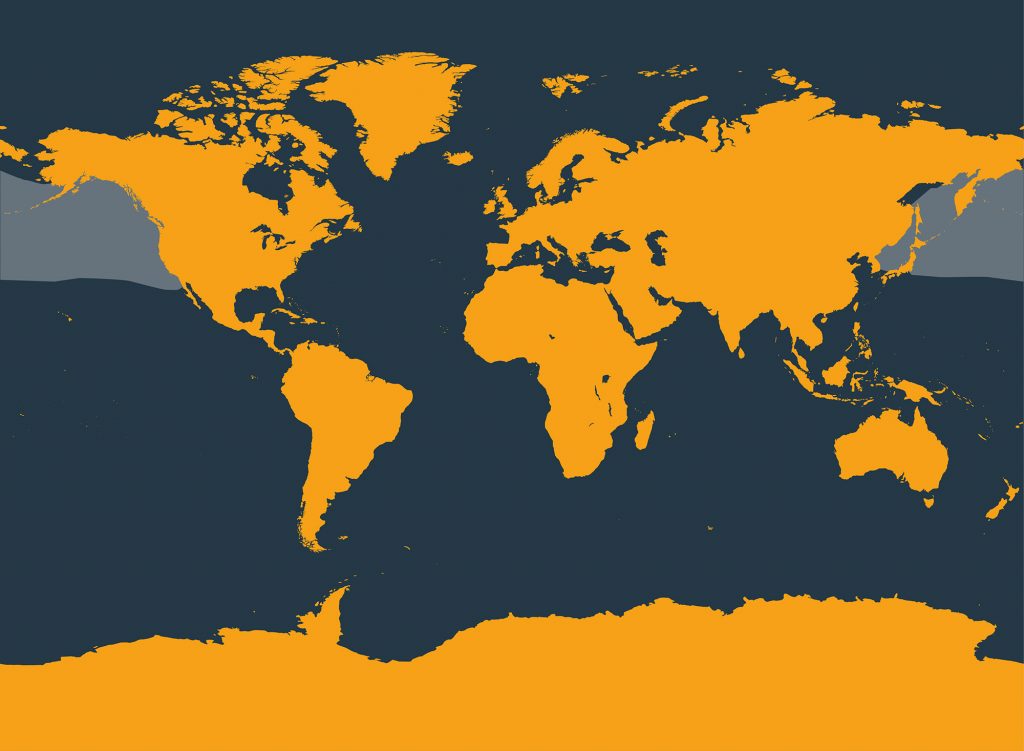 How do Dall's porpoises get their colour?

Newborn Dall’s porpoises are a grey/black colour; their dissociative black and white markings develop as they mature and grow up.

All-white (albino) and all-black (melanistic) Dall’s porpoises have been recorded but are considered rare.

Dall’s porpoises are sometimes mistaken for baby orcas, but unlike orcas, their dorsal fins are triangle-shaped and they do not have eye patches or saddle patches.

Dall’s porpoises are named after W.H. Dall, an American naturalist who was the first to record them.

In Japan, Dall’s porpoises are hunted in large numbers using hand-held harpoons in the central and western North Pacific. The level of hunting is considered unsustainable and likely to cause declines in the population.  The hunting began in the 1910s and peaked in 1988, when an estimated 45,600 Dall’s porpoises were harpooned and killed. About 18,000 to 20,000 Dall’s porpoises are still hunted annually today.

Another major threat to Dall’s porpoises is becoming entangled or captured in commercial fishing nets and gear such as drift nets, gillnets, and trawls. Once entangled, porpoises can become anchored or may swim off with the gear attached for long distances, ultimately resulting in fatigue, compromised feeding ability, or severe injury, which may lead to reduced reproductive success and death.

Contaminants enter ocean waters and sediments from sources such as wastewater treatment plants, sewer outfalls, and pesticide application and move through the food chain. Pollutants and various contaminants in the marine environment have been found in the blubber of Dall's porpoises. These pollutants can harm their immune and reproductive systems.

Underwater noise pollution interrupts the normal behaviour of Dall’s porpoises and interferes with their communication.

You can help save Dall's porpoises...

By supporting WDC, you can help Dall's porpoises to live safe and free. Together, we can: