There have been several live sightings of individuals and small groups in the wild.  Many ‘beaked’ species have never been reliably sighted in the wild!

The Gray's beaked whale is among the most recognisable of the beaked whales due to the long slender white beak and straight jawline. Although both the male and female have rows of tiny teeth in the upper jaw behind the main teeth, males have two small teeth set back from the tip of the beak, which can be seen when the mouth is closed. Their body is robust and spindle-shaped with a small head and a flat, white forehead. It is dark blue-grey, brown-grey or black on the upper side and the belly is pale grey with white or yellow spots on the underside and sides.

Gray's beaked whales seem to be more active at the surface than other beaked whales and have been seen breaching repeatedly at a shallow angle. When swimming at speed they make low, arc-shaped leaps, and when surfacing Gray's beaked whales typically poke their white beaks out of the water first. They have been observed singly, in pairs, and in small groups. Scars and rake marks indicate there may be competition among males for mates.

Where are Gray's beaked whales found?

Gray's beaked whales appear to prefer deep waters beyond the continental shelf in temperate southern hemisphere waters below 30ºS. There are a fair number of sightings from around the Antarctic Peninsula and the south of South Island in New Zealand is thought to be a bit of a ‘hot-spot’.

What do Gray's beaked whales eat?

Like other beaked whales and other deep divers, they are thought to feed primarily on squid, although some smaller fish species may also be taken.

There has only ever been one record of Gray's beaked whale from the northern hemisphere - a single animal that stranded on the North Sea coast of the Netherlands in 1927. It is thought that this was an anomaly! 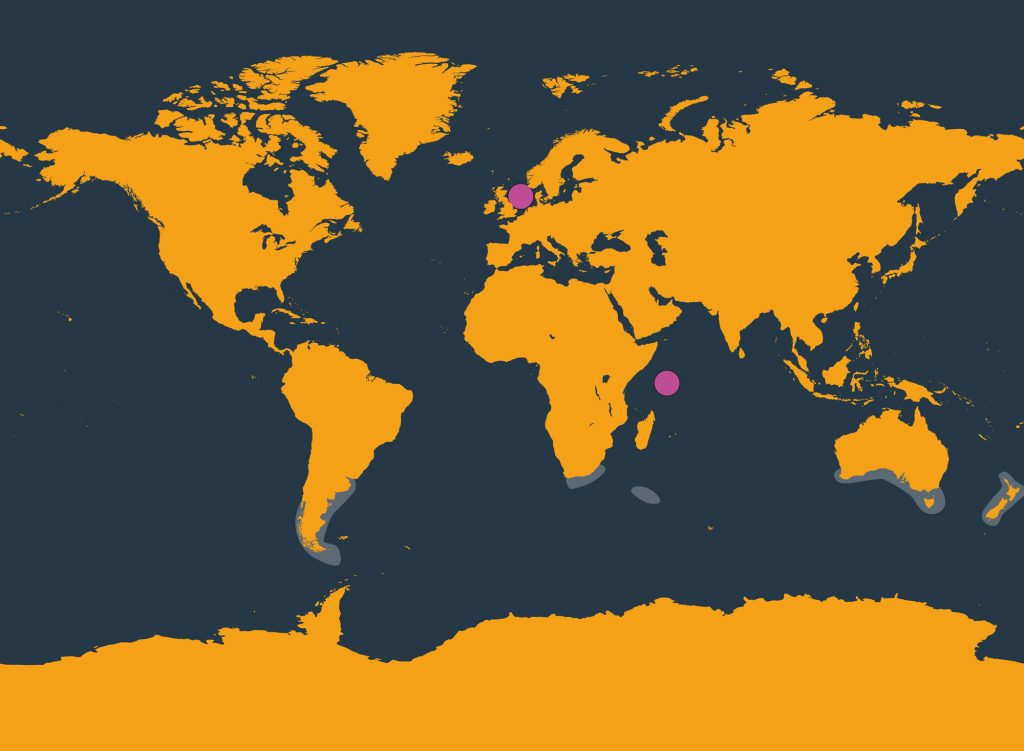 You can help save Gray's beaked whales...

By supporting WDC, you can help Gray's beaked whales to live safe and free. Together, we can: