Although first described from stranded remains in 1866, there has only been one confirmed sighting of a Hector’s beaked whale in the wild.

The Hector's beaked whale is one of the smallest members of the beaked whale family. The robust, spindle-shaped body is dark grey or brownish on the upper side, and the belly is pale grey although a white area often surrounds the navel. They also have short flippers and a triangular dorsal fin with a rounded tip. The head of a Hector’s beaked whale is quite unique, as they have dark patches around the eyes and a relatively short, well defined beak which is pale grey or white in colour. They also sport a crescent-shaped blowhole. The small, triangular teeth are visible towards the tip of the beak but only in males, and they sometimes have barnacles attached to them. As with several other species of beaked whales, the bodies of males are often scarred, which suggests inter-male aggression.

What do Hector's beaked whales eat?

Like other beaked whales and other deep divers, they are thought to feed primarily on squid, although some smaller fish species may also be taken.

Where do Hector's beaked whales live?

Hector's beaked whales are thought to prefer the cool temperate waters of the southern hemisphere, and are found south of the Tropic of Capricorn. The majority of records of stranded individuals are from New Zealand, but there are also reports of Hector's beaked whales found off the Falkland Islands, South Africa and South America. Despite no information regarding their presence in the central and eastern Pacific Ocean, it is believed that they also reside in these waters.

Almost everything that is known about Hector’s beaked whales has been gleamed from the remains of stranded individuals.

If you would like to supply images of Hector's beaked whales for our species guide please contact us. 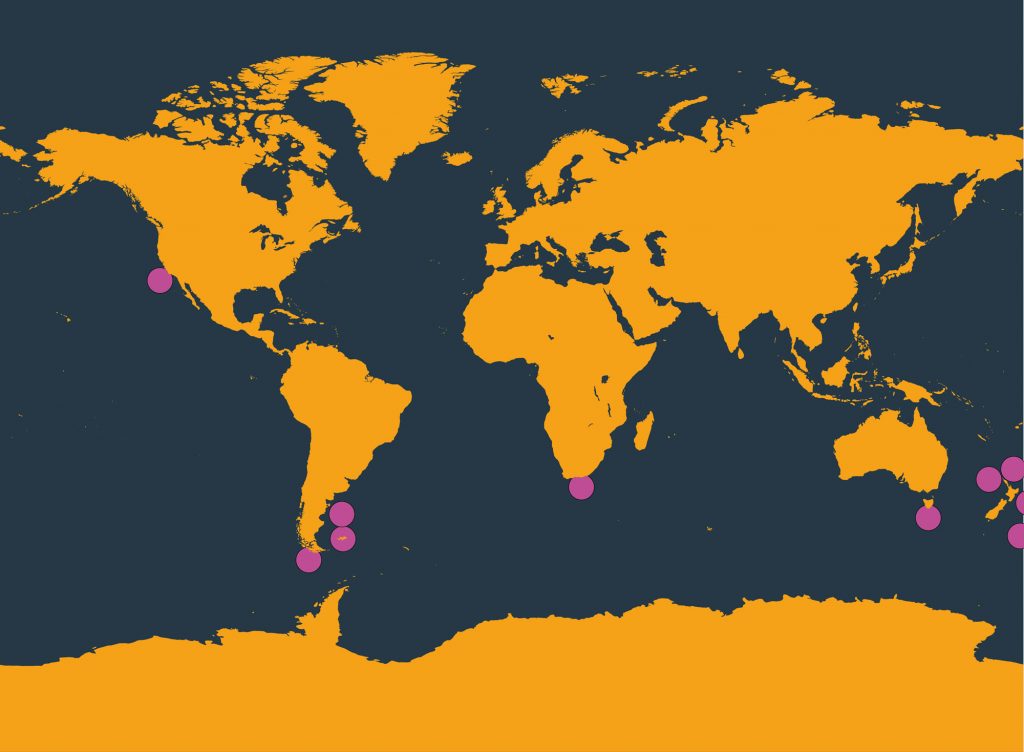 You can help save Hector's beaked whales...

By supporting WDC, you can help Hector's beaked whales to live safe and free. Together, we can: