South American fresh-water dolphins, tucuxi are as enchanting as they sound: playful, vivacious and highly social.

Known as the ‘other dolphin’ of the Amazon, there is still a lot to be learned about tucuxi, including their range. Part of the Sotalia genus, the two supposed-populations have now been recognized as separate species: the freshwater tucuxi and the marine Guiana dolphin.

Tucuxi are highly aesthetic dolphins who aren’t dissimilar to bottlenose dolphins in appearance. Smaller than Guiana dolphins, they only grow to a dainty 1.5 metres long and weigh around 50kg. Whilst their bodies are coloured in muted tones of blues and greys, their bellies are much lighter in shades of ivory, grey or pink. Stood proudly on their backs, tucuxi have low, triangular dorsal fins. To their sides, they bear broad flippers whilst their faces have pronounced beaks. Although tucuxi can be up to 30% smaller than the Guiana dolphins, their ranges overlap and it’s nigh on impossible to tell them apart when only brief glimpses are seen.

Whilst they have been seen in larger groups, tucuxi are most often found in small pods of just a few individuals. Together, they are extremely sociable and execute impressive stunts such as spyhopping, lobtailing, flipper-slapping and porpoising. They are, however, not so keen on socialising with people. Not ones to bow-ride or seek out human interaction, they prefer not to be approached and generally keep themselves to themselves. When they dive, tucuxi tend to only stay down for short periods of time, usually lasting 30 seconds to one minute. As well as other tucuxi, these dolphins are also happy to mingle with botos, the majestic, pink river dolphins.

The estimated population size for tucuxi is unknown.

What do Tucuxi eat?

Tucuxi eat a wide variety of freshwater fish and crustaceans.

Where are tucuxi found?

Tucuxi have made themselves at home throughout the Amazon basin and possibly in the Orinoco River too and are found therefore in rivers throughout Colombia, Peru, Ecuador and Brazil. Although protected in some areas because of their legendary importance, in other areas tucuxi are deliberately targeted by fishermen who view them as threats to their trade and for use in traditional medicine. As well as this, they also face very real dangers in the form of pollution, accidental bycatch and getting caught in fishing gear, human interference, habitat loss and the constructions of dams.

The eyes and genital organs from tucuxi are used by some local people as aphrodisiacs. 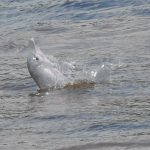 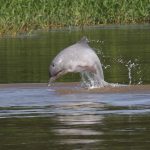 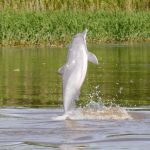 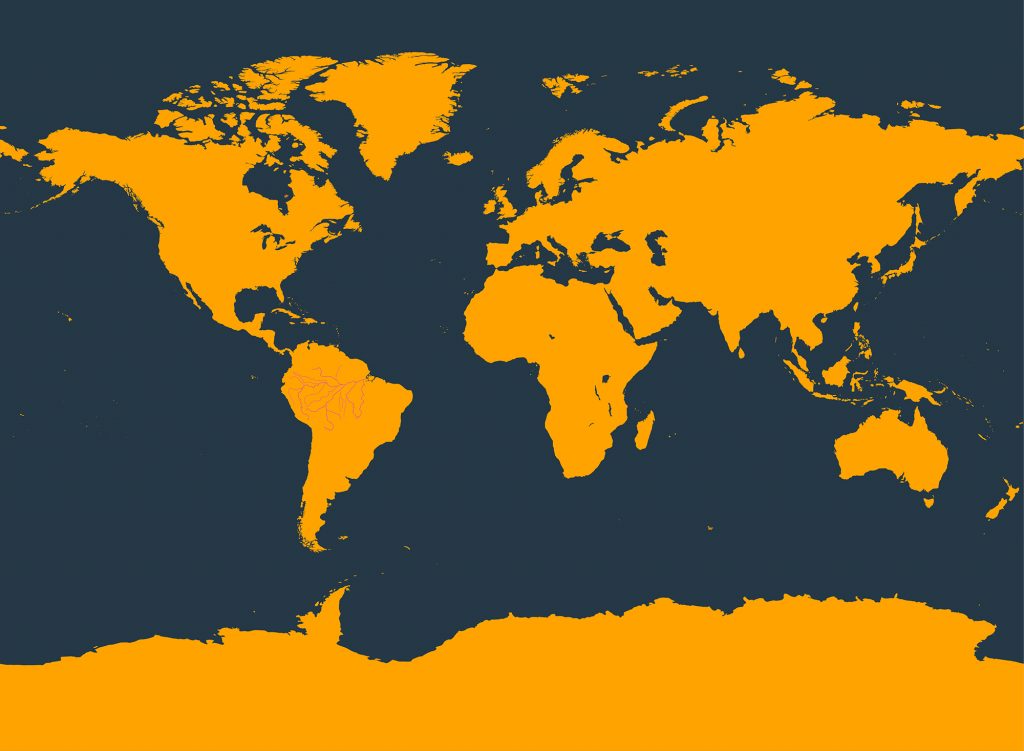 You can help save tucuxi...

By supporting WDC, you can help tucuxi to live safe and free. Together, we can: