Orcas are highly social creatures and at the very heart of this is the orca mother forming the maternal group or matriline. Beyond this is a series of extended groups called pods, clans and communities.

A typical matriline consists of an older female or ‘matriarch’ and her male and female descendants. Adult sons will stay with their mother throughout life while adult daughters who have their own children may spend some time away from the matriarch but are often found travelling nearby.

A pod is a group of closely related matrilines that likely share a common maternal ancestor and is made up of mothers, daughters, sisters, cousins and their children. Pods are often seen travelling together and tend to have dialects (the calls they make) that are distinctive and these can be readily identifiable acoustically.

The next level of social structure above the pod is the clan and this is defined by acoustic tradition. It is comprised of pods that have similar vocal dialects. Interestingly, pods from separate clans commonly socialise with each other within the community, even though they do not share calls.

The top level of social structure is the community and is made up of pods that regularly associate with one another and is defined by association patterns rather than maternal genealogy or acoustic similarity. The WDC adoption orcas belong to the Northern Resident Community in British Columbia, Canada, which is currently composed of at least 310 individuals. Further south, the neighbouring endangered Southern Resident Community has 73 individuals (Sept 2020).

In recent years researchers more commonly talk about matrilines rather than pods or sub pods when describing social organisation. 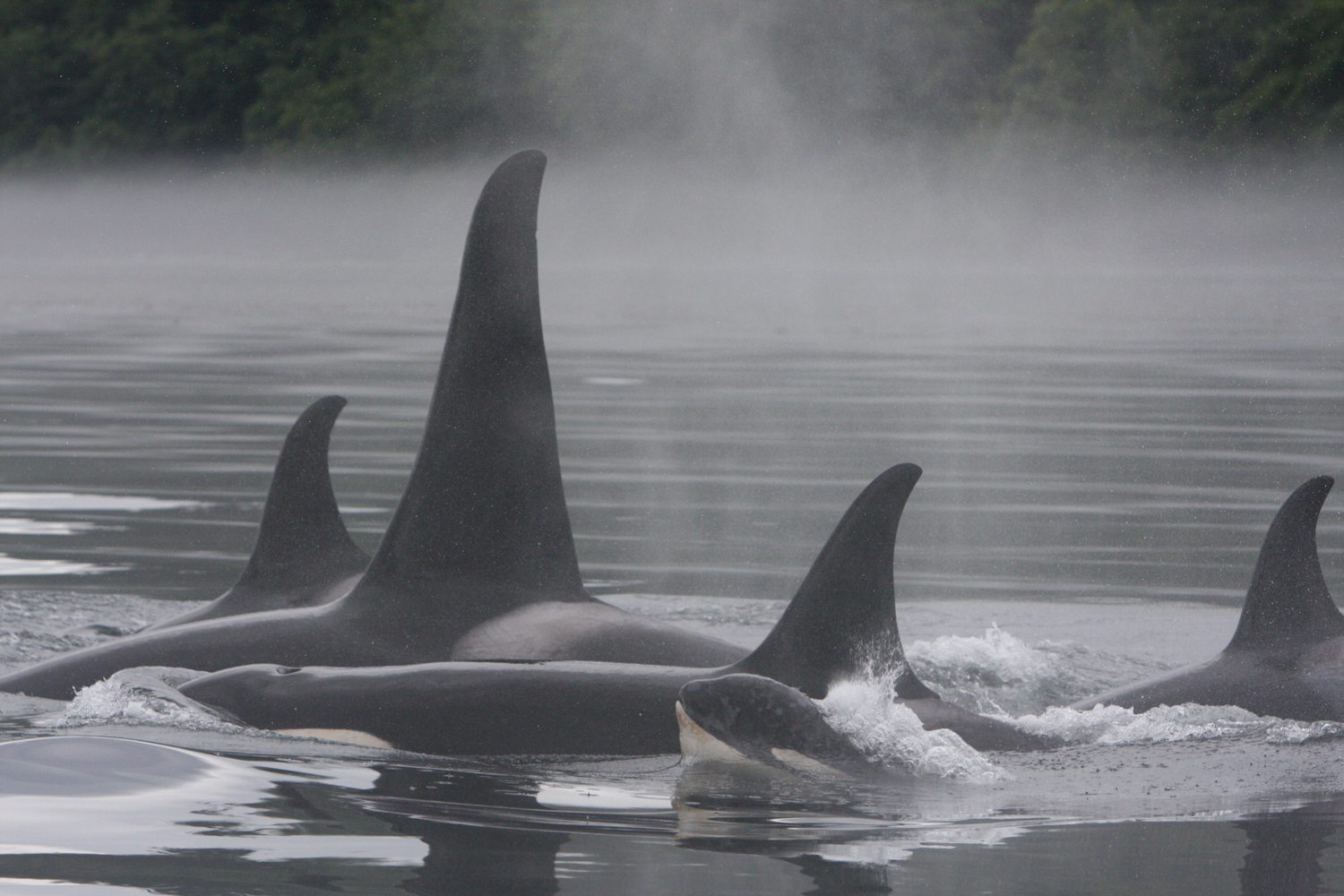 Find out more about orcas: