The blue whale is not only the biggest whale living today; the blue whale is the biggest creature ever to have lived on Earth. They are mind-bogglingly gigantic; much larger than any of the dinosaurs. Blue whales and the other ocean giants live their whole lives in seawater, where their bodies are fully supported. What magnificent, incredible creatures they are!

Blue whales are now extremely rare due to uncontrolled commercial whaling. Some populations could be endangered to the point of extinction.

How big is a blue whale baby?

Not surprisingly perhaps, the biggest mothers on Earth give birth to the biggest babies; baby blue whales are truly bonny babies! A newborn blue whale is 6-8m (20-26ft) long and weighs up to three tonnes (3000kg or 6,613lb), that’s heavier than an adult male rhino. The baby feasts on mum’s fat-laden milk (it is 40-50% fat) and drinks about 225 litres (about enough to fill a bath) every day, gaining about 4kg an hour. This is the fastest growth rate of any creature on Earth; the baby gains up to 100kg (220lbs) in body weight every day. In other words the baby puts on a tonne in weight every 10 days!

A blue whale baby is weaned at 7-9 months old when they measure about 15m (49ft) from nose to tail.  The mother and baby stay together for about a year in total and the youngster will reach maturity at 5-15 years old. Blue whales are thought to live for 70 – 80 years. 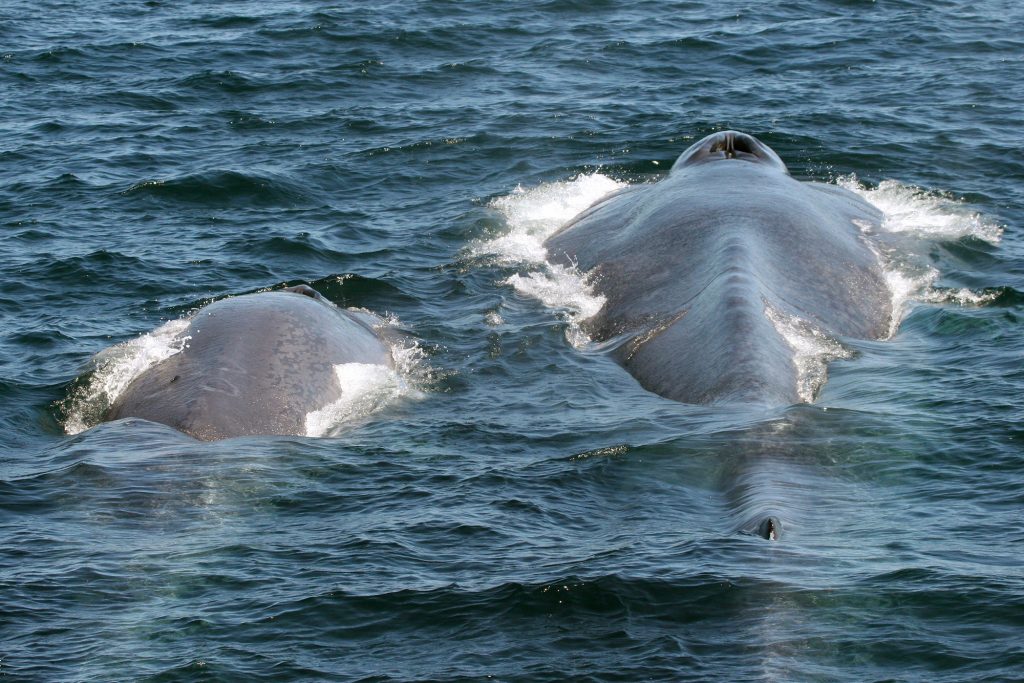